In 1271 when Marco Polo left Venice at the start of his journey to the land of the Kublai Khan, there was another Marco that traveled with the expedition.

Venice must surely be one of the most fascinating cities on earth.

Venice served as the starting point for my book; ‘The Other Marco’, but Venice has a colossal story of its own.  Celtic people called Veneti lived along the north eastern coast of Italy since 50 BC as Roman citizens. In 330 AD Constantine established the Eastern Roman Empire at Constantinople and it became known as the Byzantine Empire.  Atilla the Hun invaded what was left of the now weakened Western Roman Empire in 453, causing the Veneti to flee onto the islands in a huge lagoon nearby. There they built villages and lived in relative safety.  A hundred years later more Veneti joined the island people when the Lombards invaded Italy.  They eventually realized when all the 117 available islands in the lagoon were occupied that they would have to expand onto the water.  This for me is the incredible story of Venice.  How they built a magnificent city on a lagoon.

Moving down the Grand Canal in a waterbus called a Vaporetto and looking at the superb palaces and huge churches one cannot but wonder what lies below these buildings.  What are the foundations made of and how were they built?  It was when I began to find answers to these questions that my opinion of the medieval engineers and architects that created this city, soared!  Who would have thought that Venice sits on top of millions of trees? 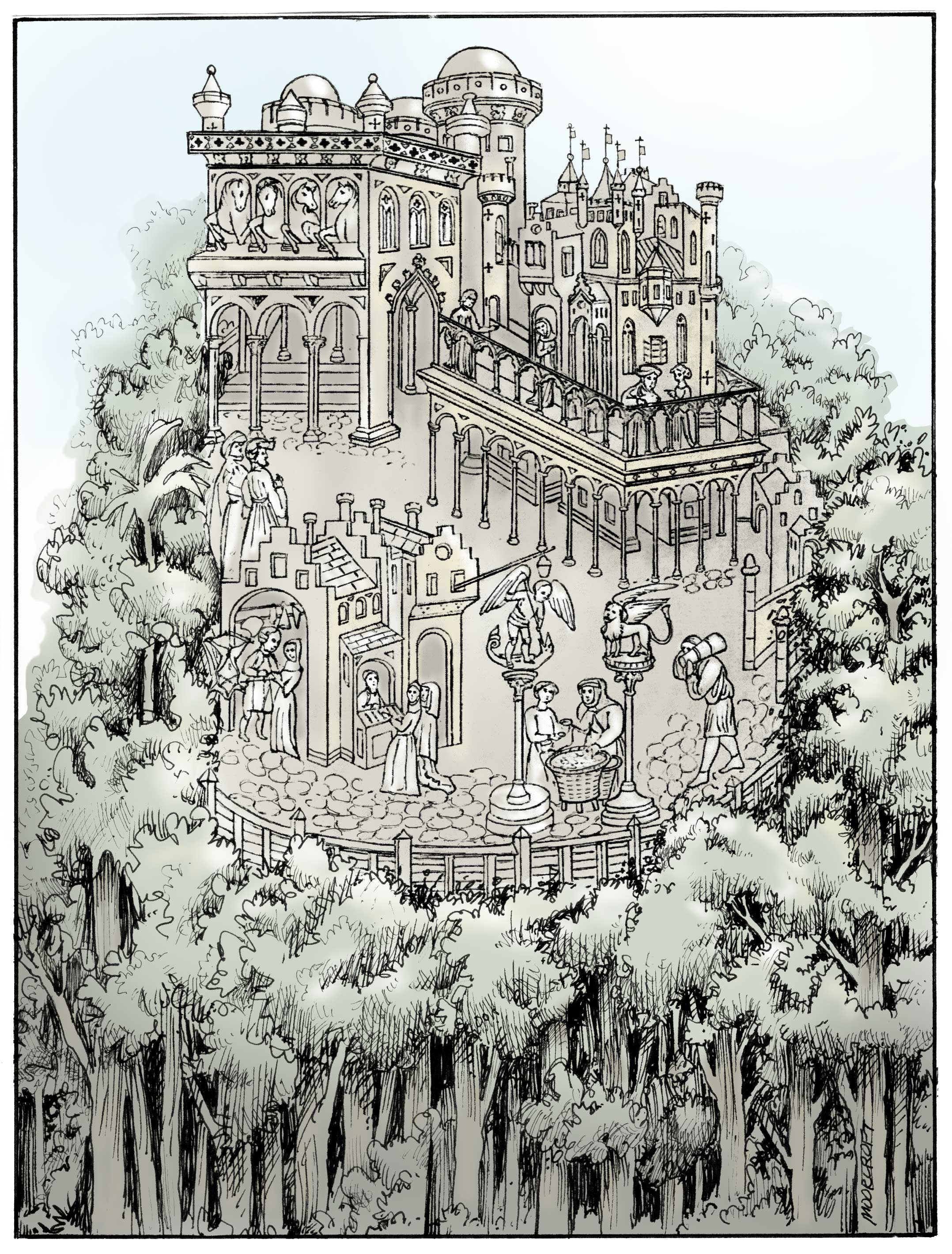 To create a solid foundation, thousands upon thousands of 4 metre long wooden stakes were driven into the lagoon bed by human pile drivers as shown by this simple animated sequence.  One immediately wonders how heavy the battering ram was that the men used.  Also how strong the men were and for how many hours a day they lifted and slammed that weight down on top of the wooden stake.  I always come back to this same question:  Were they tougher then, than we are today

Onto these ‘piles’, wood was laid horizontally and fastened.  On top of this platform rose the buildings we now see along the water’s edge.  One church alone, the Santa Maria della Salute required over 1,100,000 wooden stakes!  This foundation took more than 2 years to complete. 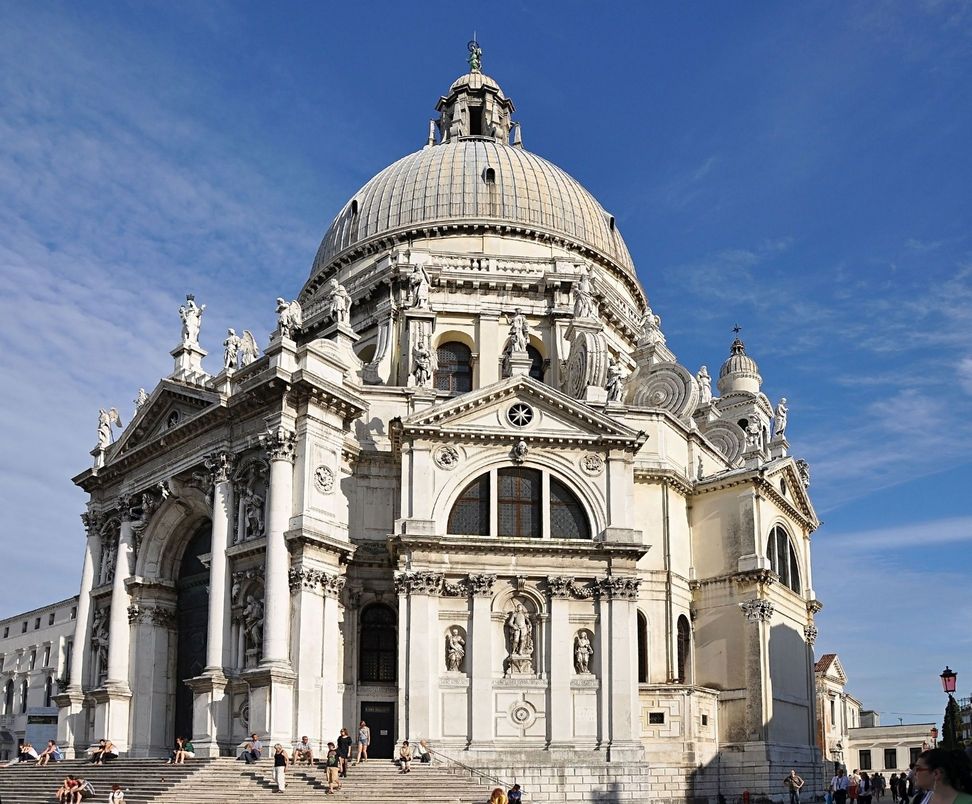 As Venice has no timber of its own, trees were imported by sea from Croatia, Slovenia, and Montenegro.

The next question that begs is why these wooden foundations have not rotted away centuries ago.  A simple answer is that they pickled in the salt water of the lagoon and have become hardened like stone.  Because the stakes are underground, the lack of oxygen makes it impossible for microorganisms to attach themselves and rot the wood.

Venice is periodically plagued by ‘Aqua alta’ or unusually high tides that floods all low lying piazzas like St Marks square.  I was therefore intrigued by this picture of an exceptionally low tide that drained the shallower side canals.  It clearly shows the foundations of the buildings and gives an idea of the weight pressing down on the tree stumps buried in the mud. 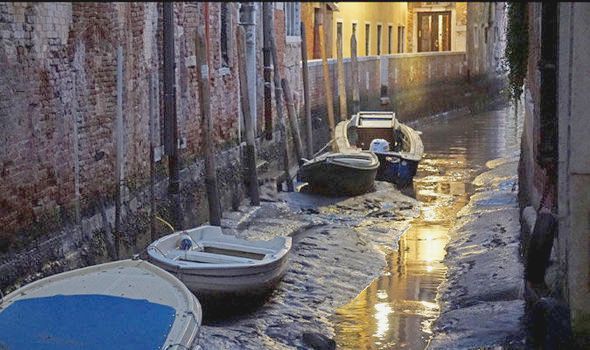 Sadly, it seems from professional engineering assessments that Venice is sinking and rising tides will eventually destroy this magnificent city.  What a pity.

The next posting will be TOM #12 which means Monsters 4 Monster’s time again.  I can see some Sabre Toothed Tigers coming this way.  Will catch up with you there!