In 1271 when Marco Polo left Venice at the start of his journey to the land of the Kublai Khan, there was another Marco that traveled with the expedition. 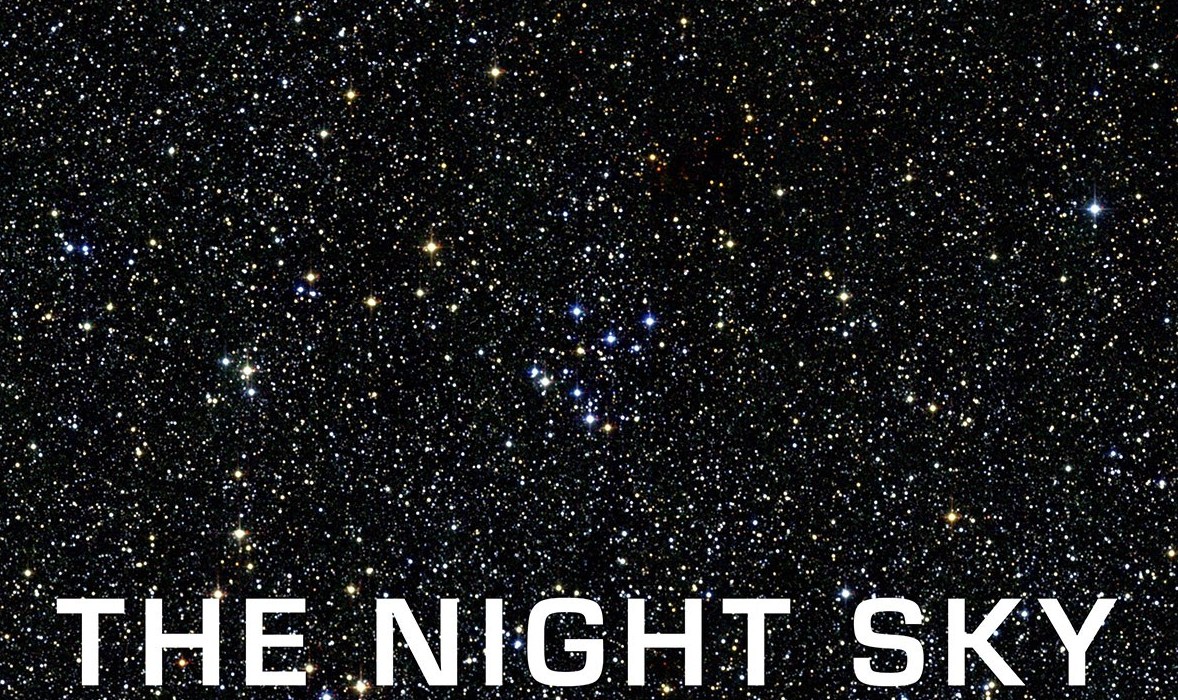 ‘All night long I lay looking up at the stars and began to notice how each recognizable group moved in an arc through the branches of the tree above my head.  It did seem as if they were turning around the Great North star.  Try as I might, I could not get the heavens to stand still and see myself and the earth I was lying on, doing the turning.  I had a lot to learn.’

This quote from the book ‘The Other Marco’, sees TOM looking up at the night sky and trying to make sense of his first lesson in celestial navigation his father had just given him.  Only when TOM became comfortable with the reality that he was moving and that the sun and night sky were fixed, could the celestial bodies out there be used to his advantage to tell the time and date and to navigate by.

This posting is an invitation to look up and see the stars and other moving lights that are visible to our naked eyes.  Above brightly lit cities the night sky is not nearly as clear as viewing it from the darker countryside or best of all from a dry desert location, like TOM was doing.

All TOM could see at first were the millions of stars stretching from horizon to horizon.  Eventually star clusters or the brighter stars began to form patterns that he memorized as reference points in the sky.  Also out there were the 4 readily visible planets of our solar system, namely Venus, Mars, Jupiter and Saturn.  There are 4 more planets, Mercury, Uranus, Neptune and Pluto but they are not bright enough to be noticed in the star field. Besides the moon, Venus is the brightest light in the night sky.   Planets do not twinkle as stars do and are brighter than most stars.  Although planets look like stars, they are not fixed in their celestial positions since they orbit around our sun, while stars are fixed and do not alter their relative positions.  So, if TOM had combined a group of stars with one of the planets as a reference cluster, he would have been surprised to see his group changing as the planet moved.

Constantly looking up at the night sky, TOM would definitely have seen shooting stars, falling stars, meteors, meteorites, or bolides whizzing across the night sky leaving long fiery tails.  These fast moving lights are bits of space dust or rocks that enter earth’s atmosphere and burn up. 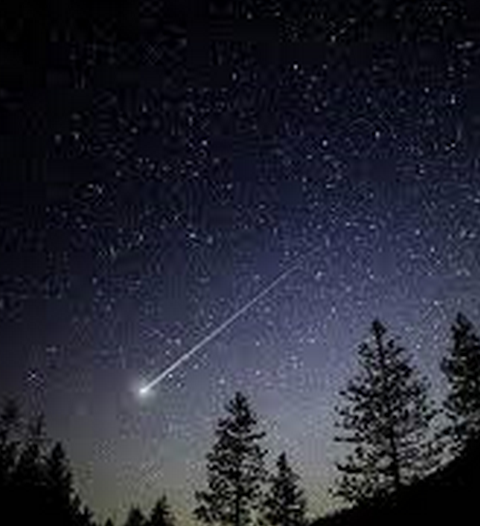 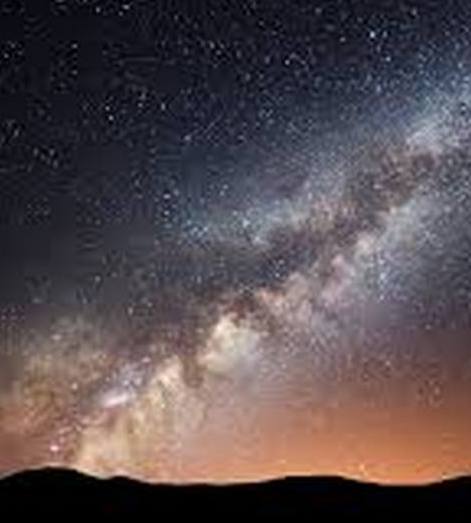 A ‘Shooting Star’ [meteor] and The Milky Way

Other visitors from outer space that are not as spectacular as meteors, are comets.  Comets have huge elliptical orbits around our sun and can only be seen when they swing through our solar system and then fly off to their outer limits somewhere deep in space. Halley’s comet is the best known and has been mentioned by Greek astronomers as far back as 466 BCE.  Ancient Chinese, Babylonians and medieval Europeans were aware of the comet since 240 BCE.  In 1066 when William the Conqueror invaded England from France, the women of the town of Bayeux created a long tapestry to chronicle the event.  Stitched into the sequence they depicted a comet in the sky, which historians and astronomers assure us is Halley’s comet. 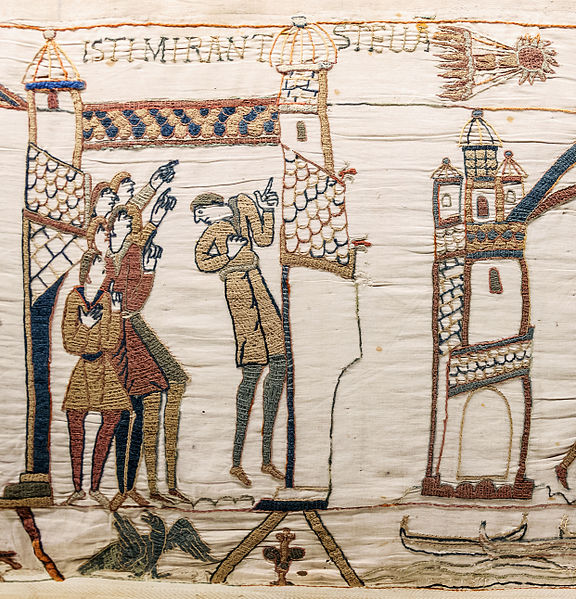 This is the section of the tapestry that shows the comet at the top right of the picture, trailing a banner behind it.

Edmond Halley predicted in 1708 that the comet would be back in 1758 and also calculated its orbit.  Small wonder that the Scientific community honoured him by naming the comet after him.

Tom never saw Halley’s comet when he was gazing up at the night sky as it was precisely at that time that the comet was making its U-turn at the far end of its orbit to return to our solar system.  He would however witness its return around his 54th birthday.

Today more lights have appeared in the sky but TOM never saw them either.  High flying airplane navigation lights and after 1957 man-made satellites that move steadily through the star field and lastly the blazing trail these same satellites leave as they plummet back to earth. [Some years ago, I witnessed such a re-entry that looked like a jet liner crashing.  A row of lights resembling the windows of a plane rocketed across the sky, each one exploding silently as they went.  Writing about it now, I am wondering if TOM had seen this, would he have been frightened by the experience.  It certainly shocked and amazed me.]

This is what it looked like arching across the evening sky.

TOM went on to learn how to navigate by the stars and saved his own and an injured Mongolian’s life by knowing it.  He found his way back to the caravan at night after being delayed out in the desert where he could have frozen to death.

There is so much more one can write about the night sky but it is far more interesting to simply look up and enjoying the spectacle!

At last I have a dragon for our Monsters 4 Monsters corner that I did not draw.  Here we see the work of ten year old Finley Dale Roberts.  He was quick to remind me that he had drawn a dinosaur and not a monster.  There I was thinking I was an expert on recognizing monsters.  Goes to show one can always learn something new every day. 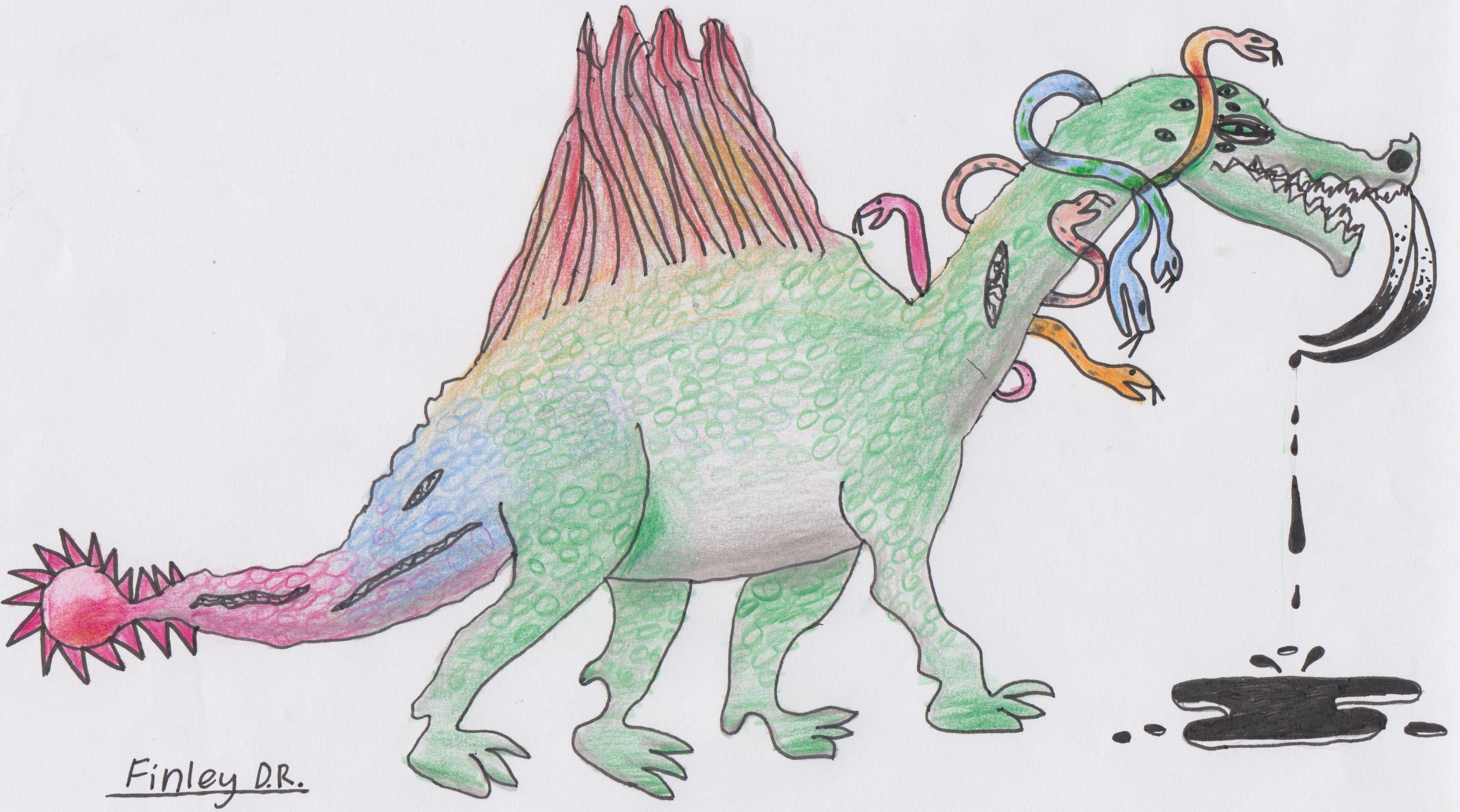 Well done and thank you Finley, I really hope you have started the ball rolling where other youngsters will join you in creating monsters for the M4M corner of this blog.  Send your drawings to theothermarcostory@gmail.com and I will be happy to publish them.